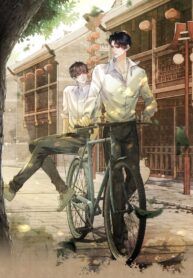 When Ding Hanbai, the young master of the centuries-old jade-carving shop, first laid eyes on his timid shidi Ji Zhenzhu, he bullied him relentlessly, not expecting that Jiangnan could produce someone who would break down his defenses and melt his heart this way. They go from being unable to stand each other to admiring one another, but as the days pass, even this admiration begins to evolve… A step from brotherhood, a step to special affection, and one more step into a lifetime together.